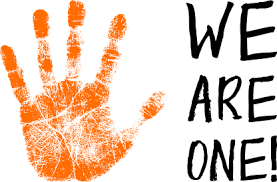 A question came up this weekend at one of my workshops concerning the “We Are” as posed to the “I Am” and if it wasn’t time now to be focusing on the this concept of the collective consciousness rather than still thinking of ourselves as separate and alone!

The I Am – for those of you who don’t know – is the nucleus and heart of the Soul, the infinite and eternal part of our being which was once a cell in the body of the Divine before it was extracted and given free will. the I Am has always been and will always been, having existed as the Divine to which in time it will return. It is that part of us which is truly miraculous and that part which we aim and endeavour to ground and anchor on Earth – expressing it through the incarnate Spirit – that we might become Divine Self Realised!

The We Are stems from the fact that all Souls are bound together through the commonality of their origin – namely the Divine. Whether they we created from the Divine or from Archangels or Ascended Masters or whether they are incarnate Angels or Nephilim Souls (human angel hybrids). As such then this unconscious link seeks to become conscious – the link becoming live and present through unity consciousness – another manifestation of Ascension on Earth.

Unity consciousness then or the We Are mind set will save us – some say – eradicating nationalism and transcending boundaries, eradicating class, creed, culture and religion and creating a true global consciousness of truth. However there are forces invested in preventing this from happening – dark forces made manifest as selfishness, fear and the loathing of anything other than the self! Fascism and nationalism gone mad which underlines “differences” and seeks to use them as an excuse to separate, isolate and remain individual. This is the work of the darkness which pulls against the concept of unity and ascension out of fear that its own indivudlaity will be lost not realising that unity is not destruction but rather new order. The cells of the body remaining individual despite their unified work for the greater good and whole.

Now then – more than ever before – when faced with global issues bigger and more demanding than any of those faced by our ancestors surely it is time to recognise that we are all one and to transcend and cast of the illusion of separation and become one mind and one heart. To be the We Are instead of the I Am and in so doing to re-unify with the Divine and finally begin to bring heaven back to Earth as it was once before.

As with all things this begins with you and it begins now!