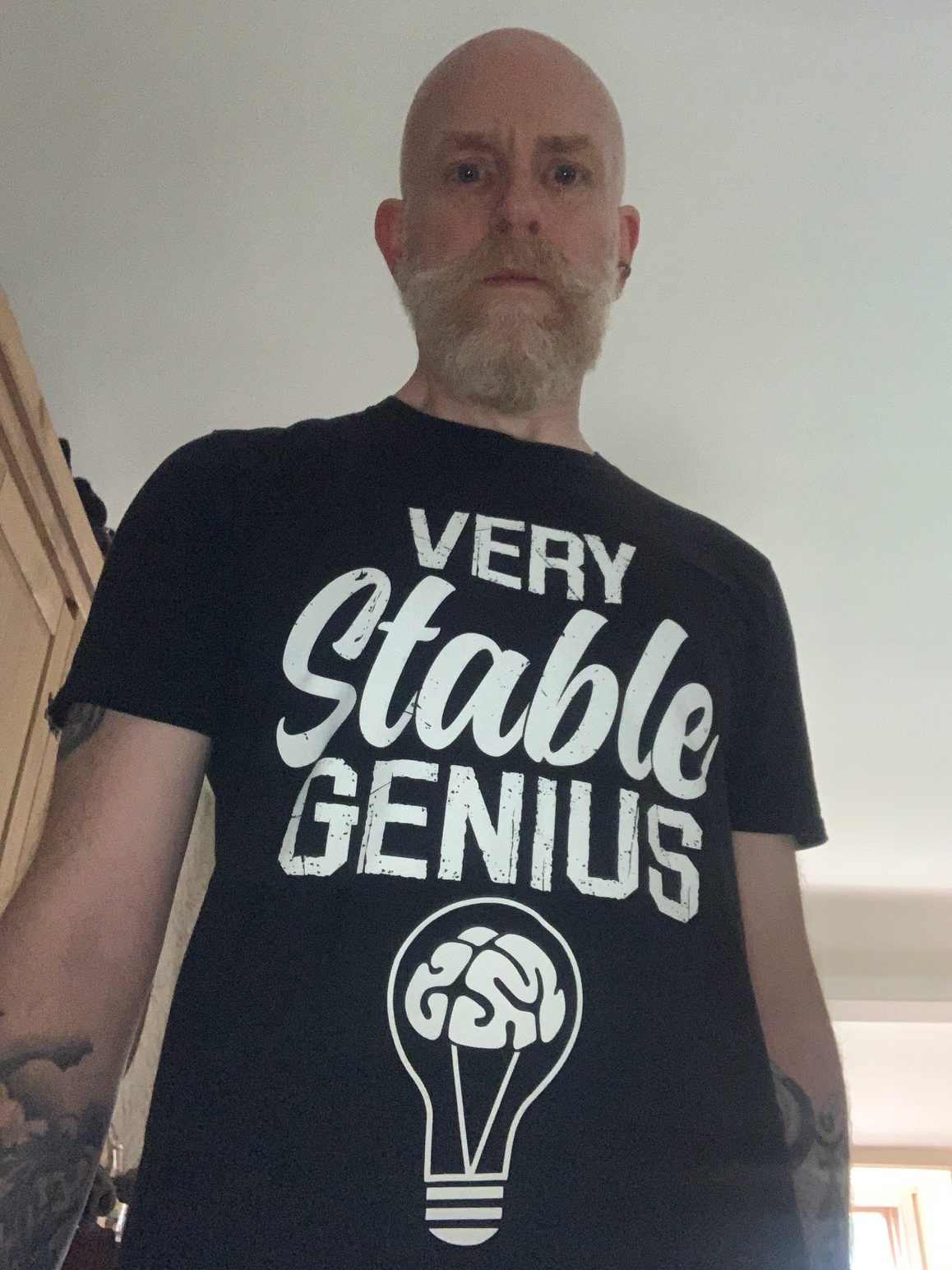 Someone – very famous (for all the wrong reasons) once described himself as a “… very stable genius …”!

Not myself – I hasten to add.

The truth is – in my humble opinion – there is no such thing as a “stable genius” because genius requires a kind of instability in order to exist! Instability is – we might say – the fertile ground in which genius forms!

Genius is the power to be exceptional, to think and create and excel in a way which is outside the box, ahead of its time – in a way that transcends and defies everything that has gone before! If we look back at some of the genius’s of our history – Einstein, Van Gough, Mozart, Shakespeare – we might see – in some way shape or form – what could easily be described as instability … eccentricity, radical thinking (and acting) even mental and emotional illness at certain times in their life.

Sometimes – ultimately – this leads to the genius’s destruction but often – along the way – it leads them to discovering or creating or presenting something extraordinary! Groundbreaking and history changing!

There is a “brand” of magick referred to as chaos magick which declares that in order to contact the truly deep and powerful energy of original magick and creation one must take oneself to the edge of sanity, to the edge of bestiality where one surrenders all civility and structure to chaos. Where one plunges oneself into the unformed in order to become one with it and to ultimately channel it – in accordance with ones will to achieve god like power, understanding and dominance over the world!

Although this isn’t a path I would myself want to take – or advise anyone to take for that matter – it is a concept that I can understand because in order to grow on a conscious and spiritual level we must constantly strive to break through the limitations of our understanding and our perception and this can lead to temporary or permeant states of instability and madness!

I have experienced this several times on my path and I am sure many of you have too and that we will both experience it many more times also. A cracking of consciousness … a period of incredible instability until our new reality – perceived from the new vantage point of our rapidly reforming consciousness – solidifies.

This can be perilous and terrifying – each time we never know exactly how long it will last – if we recognise it at all – each time there is the possibility that this time the ground will not reform beneath our feet and we might be lost in the maelstrom of this new perception – this new genius!

During these times of ascension we must be careful with ourselves, gentle and steady – taking time to ground and centre and reach out to our guides and angels for stability and strength. We must also rely upon those people who know and love us for support – that they might keep us safe until such a time that we can do this for ourselves again.

Daring then to be the genius’s that we all in embryo are is destabilising stuff and it requires daring and power and courage each time we totter on the brink of break through BUT the wonders that it can provide, the rewards and treasures that it can surrender are remarkable indeed and often more than well worth the effort and the risk.

Be bold then and be gentle – persist but ensure that you have support – reach out for the steadying hands that you need when you feel yourself faltering and be sure in the knowledge that stability and genius do not go hand in hand and that if you want to walk the high wire you have to be prepared not only that you might wobble but that occasionally you might fall! Ensure then that there is safety net in place and that you are willing to take the risk – for spiritual evolution, ascension and enlightenment can be a risky game if it is not played well with plenty of supportive players!