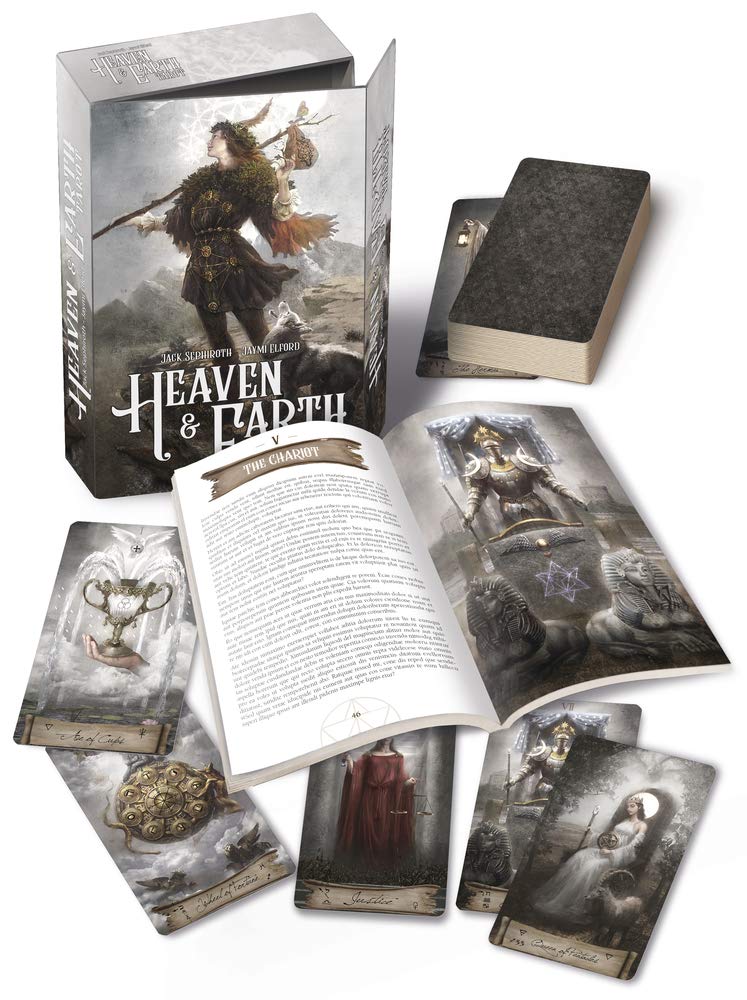 It would be fair to say that I am a lover (and collector) of Tarot – having possibly as many as 300 decks in the house! I stopped counting as the guilt was becoming too much to bare!

It would also be fair to say that my Tarot tastes are traditional – I shy away from the more avant guard decks that feel it necessary to re-name the trumps and bugger about with the symbolism preferring my archetypes as the Gods originally intended. Recently – whilst talking to a fellow Tarot enthusiast they were regaling me with the news that a well known Tarot deck creator was working on a new deck that would be “very different” from the usual – moving away from the “stereotypes” and “overtly Christian iconography” of the traditional decks!!

I think my horror was hard to hide – even on Zoom!

Personally I don’t think of the archetypes as stereotypes – to me these are too different things entirely. The Empress is not an assumption that all women are earth mother types but rather an accumulation and acknowledgment that it is women who are connected to the deep currents of earth magic and life. In the same way that the Magician is not the stereotype that all men are control freaks but rather a realisation that in our polarised universe strategy, control and equilibrium – brought about through the mastery of the mind – is a dynamic art associated with the right hemisphere of the brain and the solar energy associated with male polarity forces.

Not – of course – that either of these archetypes and energies can’t be accessed by the opposite polarity – because they can – as we are all – in truth – one and at essence neither really male or female anyway!

As for Christian iconography … well … whats wrong with that? There are other pantheons, religions and myths in the Tarot too. The Hanged Man could just as well (if not more so) be Odin as he could be Jesus and the Devil the Alchemical God Baphomet. Add into this the long held assumption that actually the Tarot is a retelling of the lost history of Atlantis and in truth the Tarot isn’t really “Christian” in its orientation at all. It may be once just held that glamoury in order to keep itself safe.

So here then the Heaven and Earth Tarot – freshly released from Lo Scarabeo by Jack Sephiroth is RIGHT UP MY STREET!

Here the traditional images – beautifully rendered in a classical style – are over flowing with traditional symbolism with the occasional edition of something subtle and yet surprising. Like the addition of the Star Tetrahedron on the Chariot card nodding to the fact that this sacred geometric symbol represents the Merkabah (Light Body Vehicle) whose names means chariot!

As well as this some of the cards have a dreamy moving quality as if they were photographs snapping a moment in time rather than classically painted images – giving the deck a life all of its own which is both inviting and exciting to those who might use the cards for meditation as well as divination.

The Minor Arcana – suit cards – are all pictorial (so many aren’t) and titled so as to give the Tarot novice a hook to focus their interpretive eye upon. All the cards have a slightly misty grey quality – which I personally like being a lover of the colour – which makes the careful use of colour dramatic, enabling the luminous symbols to pop out and be easily seen.

Of all the many (many) decks I have this one sits in my top five and very close to the top at that and I would heartily recommend it to Tarot collectors, readers, art lovers and those seeking a visual mood scape for meditation and inner contemplation to boot!

It’s not too late to add it to your Christmas list people! The Amazon link is below …