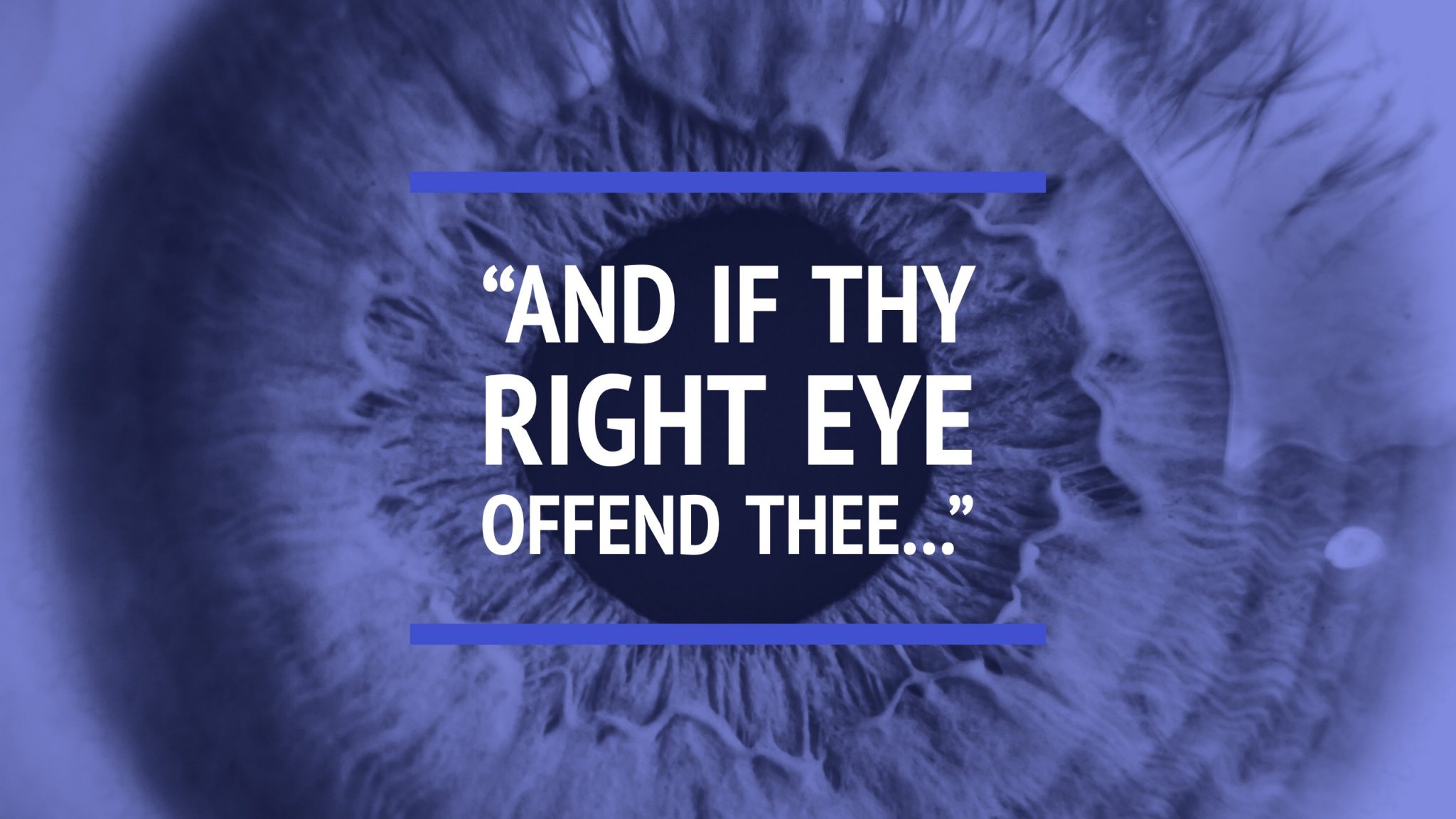 There is a line in the bible that reads …

“And if thy right eye offend thee, pluck it out, and cast it from thee …”

In our modern era this quote might find new meaning in regards to those we follow on social media. Facebook – Instagram – Twitter and so on are such POWERFUL platforms – such POWERFUL tools. They can inform, uplift, educate – infuriate and cause tremendous damage, pain and heart ache … if we let them!

You see – in regards to them – WE are the Masters! We have the power … the choice to read or watch or follow or listen … or not! Over the past four years – since the dreaded European Union Referendum – I have “unfollowed” and “blocked” more people than I care to think about in an attempt to keep myself sane! And recently – since the Pandemic – I have found myself again exercising the power of my thumbs to release myself from the dragging, nagging, crazy bonkers posts of those whose opinions do not chime with my own!

I realise that some see this as defeat – unspiritual – un-strategic  (a friend of mine is very into “keep your enemies close”) but I see it as curating my online reality! As a way of maintaining my mental and emotional well being.

Don’t get me wrong – I am not a social media monster – I am happy for people to follow me – if they so desire but don’t see how this equates to me having to always follow them. I reserve the dreaded “block” toggle for only the most severe cases – racists, homophobes, transgenderphobes, misogynists – Trump supporters (of course) – gun supporters, animal trophy hunters AND those whose beliefs I perceive  are dangerously crazy.

Maybe I should be holding them close, sending them light, loving them and trying to see myself in them and them in me but at the moment I just can’t … I don’t have the energy – what with life, work, the pandemic, the current American President, the current British Prime Minister (and his cronies), the environmental catastrophe, Russia, Belarus and the needs and wants of family, friends and clients.

It’s just too much and so I decided – a long time ago – to give myself a break and at least create – curate – my online world so I only see the things, comments and people I like … it’s a work in progress.

I see people arguing endlessly – back and forth – the nastiness reaching nuclear levels – I see people ranting and raving about how they hate Facebook and can’t understand why they don’t just leave! I see people peddling their bile and ignorance and arrogance and infecting the naive and impressionable and it makes my blood boil and so I decide … click – tap – goodbye and suddenly my life is a simpler, sweeter place.

… in the 21st century if thine digital eye offends thee –  unfollow – block or (if push comes to shove) delete your profile and move on because there are plenty of things in the world we can’t change BUT THIS IS NOT ONE OF THEM!