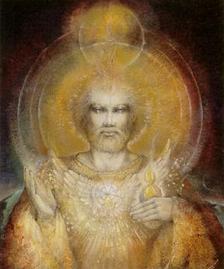 I knew that this meant that in my future there would come a time when I would only ever be able to speak with one voice – to channel in trance just one presence and it would seem that time has almost come upon me!

Now don’t get me wrong – I can still hear the voices of the many Angels and Masters and see them – as I see you – of course BUT when it comes to bringing them forwards through me my previously rather broad band of access is becoming narrowed!

This might seem like limitation … and indeed it is BUT limitation is not always a bad thing, not when it brings focus and that is what this narrowing of band width is doing! Focusing my ability to bring more and more of the presence forwards through me and allowing less and less of my consciousness to get in the way! I am being fine tuned so that when I channel I will be able to go deeper and bring forwards more of the presence – and most importantly the POWER of the being!

So whilst at the moment (and probably for the foreseeable future) I still have access to several Archangelic beings in trance my Ascended Master access is being narrowed to only the Master St Germain!

No surprise here – some of you might think – he is and has always been (even when we didn’t talk for a while) “my Master” – my destiny number (numerologically speaking) is a 7 after all! Plus he has always been and remains my absolute favourite out of all of the Masters I have encountered but we have had our issues over the years and in the past I didn’t always find him easy to work with. I like to think since then I have grown up a little and my “little will” is less inclined to get in the way.

As well as this then my trance work is deepening – not quite (yet) deep trance in the traditional meaning of the word – I am still present, listening and capable of remembering what is being said through me BUT the presence has greater control and is now beginning not only to present more of its self – its words, nature and voice – but also using my energy system to bring forwards its power, its light, its ascension codes and keys and healing through me!

Something that all those who bagged themselves a reading in December/January will soon (hopefully) see and feel!

This isn’t the last of the changes that are to come … there’s more of which I will post tomorrow before I move on to other topics but for now – as St Germain would say – I leave you with my love as I take my leave.