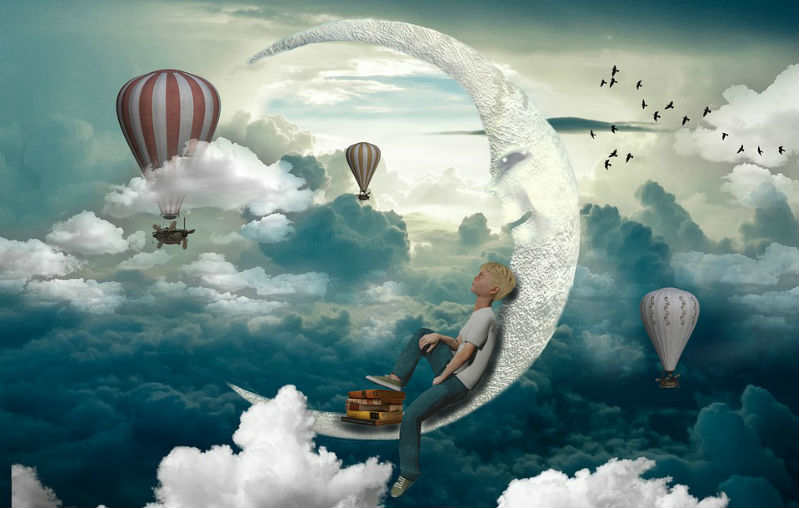 It’s been interesting to note the shift in energy and consciousness here – in Northumberland – throughout the Coronavirus pandemic so far.

In the beginning people were fearful and quite understandably so – in the empty streets the occasional shopper didn’t dare look at each other – let alone speak and the masked few were looked upon with horror.

Later the fear turned to depression – an all pervading sadness that hung like a blanket cloud – heavy and cloying. The grim realisation of this strange new world had begun to seep in and people were resigned to it in a maudlin way, their hearts heavy with grief.

Latterly however there has been a shift and one that many others – thank you Joan Osborne for the confirmation – have noticed too – that of “the dreaming”. People seem to be stuck in a day dream, zombie like and listless, staring open mouthed and vacant – the lights on but nobody home!

Out on my weekly shopping trip I observed one man staring vacantly into an empty shop window and another sat on a bench gazing up at the sun. Others wondered slowly through the supermarkets and chemists, their faces a blank slate – not searching for anything in particular, no urgency in their actions, just floating like human detritus in some unseen stream.

I felt the current too, like my head was full of anaesthetic – white fibre glass insulating the loft of my brain, my head open and bleeding thoughts out into the ether. I felt ungrounded and a little lost and it concerned me!

At home I grounded myself and returned to normal – what ever that is – and for several days pondered this strange new Zombie Apocalypse I lived in, feeling unnerved by it all but then – working on my latest online digital mini workshop – I had a revelation.

Investigating the widdershins (counter clockwise) powers of the elements I remembered that Air – the masculine power of which is “to know” – reversed is “to wonder”.

To wonder – as in to dream – to day dream – and through such absent disassociated thought to realise and receive new inspiration from intuitive and lateral sources! THIS is where we were – I realised – not in a cloud of addle headed sedation induced by the resignation of fear and grief but rather IN A STATE OF WONDERING!!

It is said that the Lemurians had the power to create reality through their dreams – something which later the Native Americans would call “lizard medicine” and this is where we are now! Our barriers down, our minds (and hearts) open that we might receive the inspiration of the soul and our guides and the divine and dream our reality a new! WE ARE IN THE DREAMING and where we go from here will determine the new reality of our “new normal” world!

This led me to the words of one of my favourite songs from a musical – which I was lucky to appear in (as Jesus) at drama college – called Godspell, I include them here but would also encourage you to goto this link to hear them sung by the wonderful Hunter Parrish – just click here …