From the point of Light within the Mind of God

Let light stream forth into the minds of men.

From the point of Love within the Heart of God

Let love stream forth into the hearts of men.

May Christ return to Earth.

From the centre where the Will of God is known

The purpose which the Masters know and serve.

From the centre which we call the race of men

Let the Plan of Love and Light work out

And may it seal the door where evil dwells.

Let Light and Love and Power restore the Plan on Earth.

The Great Invocation is a mantra given in 1937 by Alice Bailey – famous channel of the Ascended Master Djwal Khul – DK the Tibetan – who first brought forwards the term “new age”.

It is well known by some followers of the spiritual path, where it is widely used as affirmation, mantra and part of meditation practice, particularly in groups. For instance, the invocation has been used in the Findhorn Foundation community since the 1970s.

It has been repeatedly coming into my mind recently and I have found myself reciting it whilst focusing healing and order energies upon the planet and mankind. I think if ever there were a time when we might need to use it – that time would be now.

From the point of Light within the Mind of God – for me this refers to the Ain Soph – the light of light – the power of creation brought into manifestation through Divine Will.

Let light stream forth into the minds of men

Let Light descend on Earth – Here then we are being invited to receive the Divine light – the Divine Will and make it our own so that we might enact it, bringing the Divine design to our reality.

From the point of Love within the Heart of God – For me this is the Sophia, the power of wisdom, the feminine christ energy – found at the centre and core of the Divine Heart, it is the power to temper will with wisdom so that everything flows in accordance not only with Divine Will but also the will of all others – ensuring that the invocation doesn’t incite mankind towards accidental black magic – the circumvention of another will.

Let love stream forth into the hearts of men.

May Christ return to Earth – Here the power of Divine Love/Wisdom is encouraged into the hearts of humanity awakening or enlivening within them their own Christ Spark – that aspect of the cosmic Ascended Maitreya that lives within all living things guiding them back to the Divine and the divine plan.

From the centre where the Will of God is known

From the centre which we call the race of men

Let the Plan of Love and Light work out

And may it seal the door where evil dwells – Here the centre represents that which is central to the enactment of the Divine Plan – namely us – humanity. Here we are asked to use the power of love unconditional and light – the power of evolution and ascension – the alchemical light to fix the Divine Design on Earth and in the hearts and minds of humanity. A process which will “seal the door where evil dwells” which could possibly be referring to the evil of the go, the selfish individual and megalomaniac as well as those things that lie behind the door – the Old Ones created before the angels by the divine which were exiled and outlawed into a pocket dimension because of their destructive tendencies.

Now more than ever I believe – when the world is in such a state of chaos and madness WE NEED to use the Great invocation to heal ourselves, our world and to cast light and love and hope and order into and onto the planet. Returning to this POWERFUL tool gifted to us by the beloved Alice and her beloved Master Djwal Khul as never before.

I hope then you will join me in using it and encourage others to do so as well – in light and love … ever. 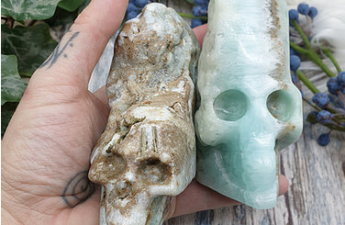