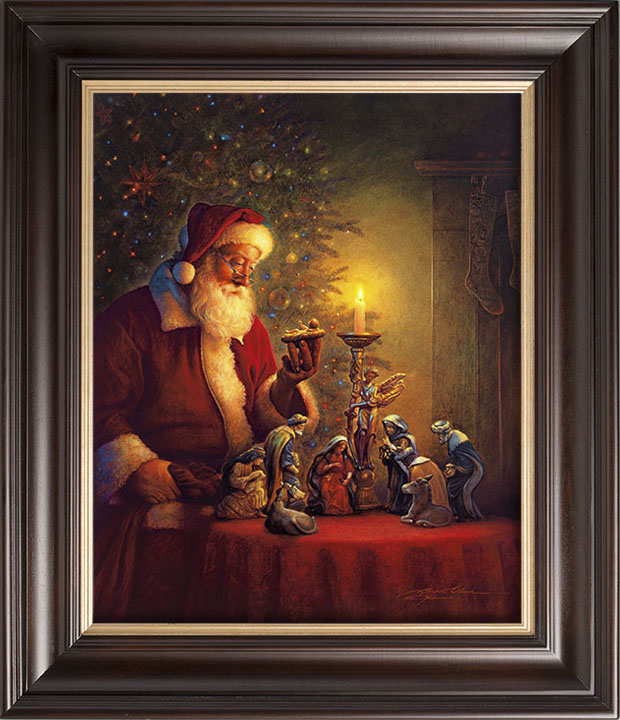 Recently – within the last few years – I have found Christmas quite the challenge, four years ago this year my dear old Mum died in early December and her passing was – for those of us who were with her at the time – quite traumatic. It has therefore rather soured the memory of the season for me – a time which had already started to become heavily commercialised and in my opinion needlessly stressful.

I then – like many others I am sure – had begun to see Christmas as a “grin and bare it” situation, rather than something to be enjoyed and this year Andrew and I had even contemplated passing on it entirely and disappearing to some remote location beyond its reach. This however did not manifest as ANYWHERE during the seasonal holidays is three times as expensive as it might be at any other time of the year making it simply beyond our financial reach.

So – even though Andrew and I have decided to have a quiet one this year and spend the day in just each others company – we have also decided to embrace the season rather than resist it! So when Christmas adverts have appeared in October – as they are want to do – rather than mumble or grumble we have tried to “let them in” and yesterday when Magic FM – my radio station of choice – launched its 100% Christmas (just Christmas tunes all day every day) despite it still being November I decided to “let it play”!

Its been a strange experience but I must say quite a nice one – like allowing the ocean to lap against ones feet rather than dancing out of the waves because its too cold – its enabled me to plan ahead in ways that I never usually would – resisting doing my Christmas shop to the very last moment and in a strange way its enabled me to honour the memory of my dear old Mum who loved Christmas and always made it such a wonderful time for us all.

So to all you “Bah Humbugs” I would say, let go of your resistance and gently, slowly allow the Christmas spirit in – you’ll find that it might just be what the Inner Child requires in order to restore a little wonder and awe to a cynical heart reminding you that the true essence of Christmas is love!