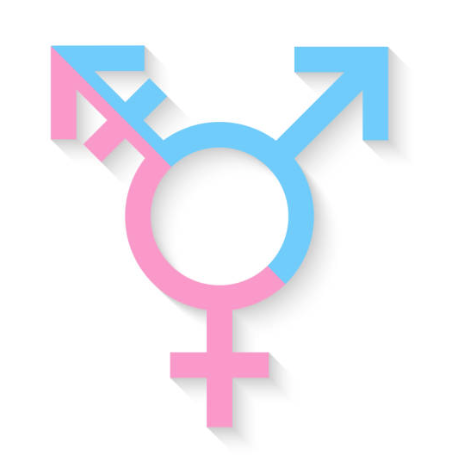 It has always been my understanding – because of conversations I have had with the Masters – that the human Soul can be one of three things – positively charged (masculine in nature), negatively charged (feminine in nature) or of a balanced charge (androgynous in nature).

When a Transgender woman or man says they were born into the wrong body – they are right – and despite the fact that there may very well be some bigger picture as to why this has happened for all intents and purposes THIS IS EXACTLY how it feels!

As a result of this understanding I have been a great supporter and advocate for the Transgender and Non Binary Community and have often said that if I were born into later times I myself may have identified with one of these distinctions.

As a child at the age of 5 my Mother gave me a gold dress which I LOVED to dance to top of the Pops in and slept in every night. My Mother was my idle and I remember watching her get dressed in her long red silk cocktail frock, powdering her face and painting her lips and LONGED to be like her. As I grew slowly this changed and shifted – partly maybe due to a lack of social acceptance in the place in which I was raised and I found myself feeling distinctly neuter – neither male nor female but rather something in between. For a while I even referred to myself as “asexual” but then felt obliged to choose one orientation or the other and eventually decided I was gay.

Now I am comfortable with the choice that I have made and feel for me it is too late to make such dramatic changes BUT if I had been given the choice back then – if for me the choice had really in any palpable way existed – my life may have taken a VERY different turn!

So I now think those who have chosen the transgender path are INCREDIBLY brave and courageous – the same for those Non binary too and I believe – firmly and hand on heart that a Transgender woman IS A WOMAN and a Transgender Man IS A MAN. That their Soul is as male or female as their “new” body is and that this is ALL THAT COUNTS AND MATTERS but others alas don’t see it this way.

In my opinion – Transphobia is fast becoming this centuries Homophobia in its dangerous intensity and peoples seeming willingness to see and believe that it is “alright” to harbour such views when in my opinion it most definitely IS NOT!

Recently – despite her protestations – JK Rowling has made it clear that she harbours such transphobic views – her attempts to explain or rationalise or validate her view point serving to expose what some might call a very worrying “Transphobic Manifesto” that has been decried by many – including Daniel Radcliffe, Emma Watson and Eddie Redmayne to name but a few.

Incarnation is a strange process and not one that always goes well for the individual – often being born into difficult, challenging and horrifying  circumstances and so I believe if a person – who finds themselves incarnate in such a way – has the power to change their external reality to match what they know to be true inside – why shouldn’t they? And who are we then to judge them as being anything other than that which they say they are?