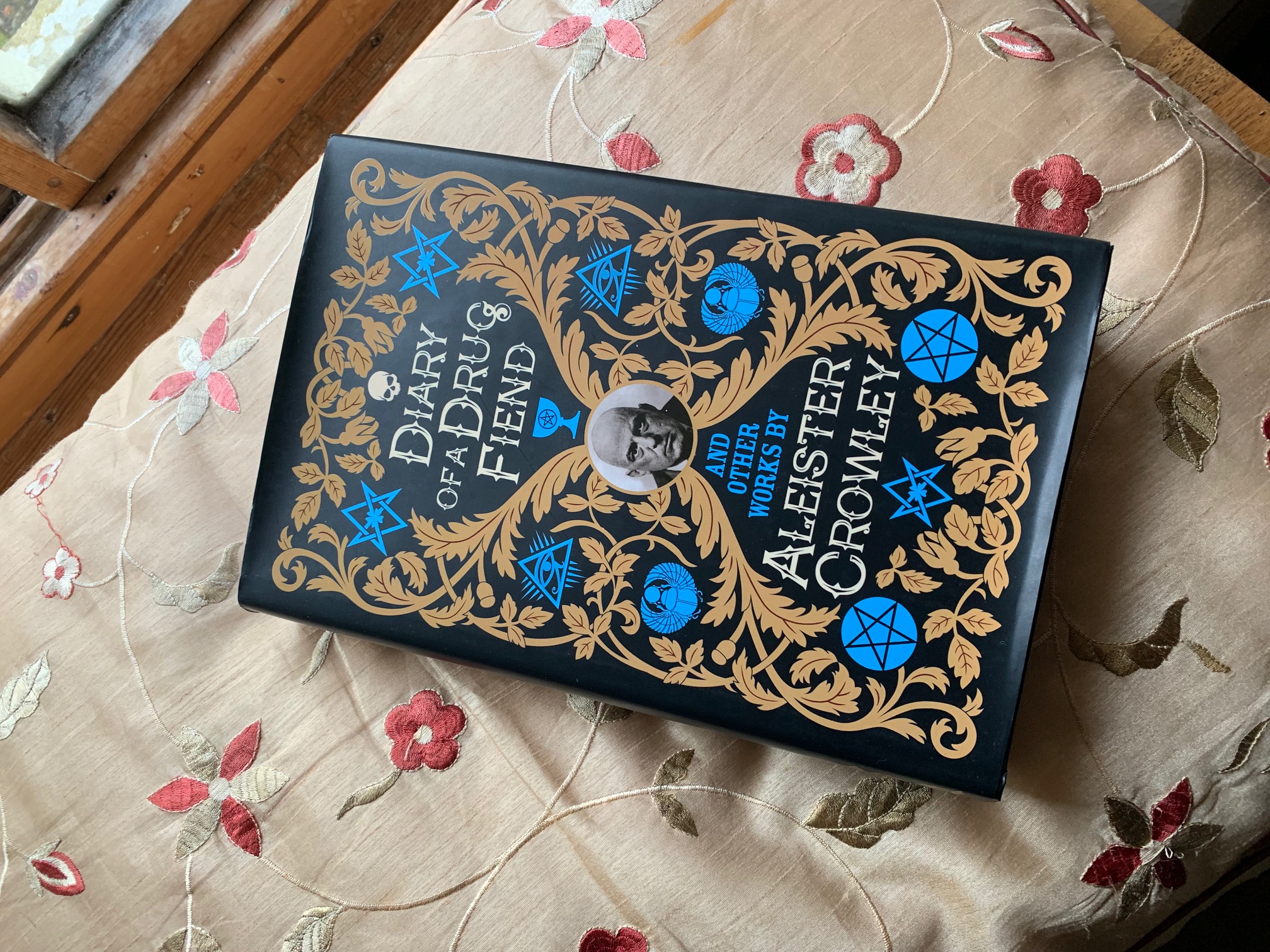 On the third day of our holiday we slowed and pottered … we had what my Mother would call “a lazy day” – which allowed me to catch up with some over due reading!

A dear friend of mine – thank you Sue – bought me this book for my birthday! I’ve always been a sucker for a “spiritual biography” and have always been fascinated for the man who was dubbed “The Wickedest Man in the World” by the papers in the 1920’s!

Alistair Crowley remains as much a divisive character as he was during his life, a magician of the highest order, channel, academic, poet and artist he was also an addict of both alcohol, drugs and sex who lived a hedonistic life, using and abusing those who were drawn to his charismatic light like moths to a deadly flame.

Still in comparison to what many these days get up to his shenanigans would seem mild in comparison and rather than being labeled “The Wickedest Man in the World” he would probably be given his own reality TV Show!

Despite then all his weird and wonderful goings on the man was most definitely a genius whose contribution to the magickal world is without compare – his tendency to publish what had hitherto been the preciously guarded magical secrets of the elite enabling those of us who now stand on his shoulders to find their way in the magical world.

Was he a black magician? Probably … I certainly believe that the curse he placed on his Tarot Deck (the Thoth Deck) is still live and full of power. Was he an arch manipulator and con man … also very probably the case. BUT he was also a powerful medium who – guided by spirit (his Guardian angel he believed) brought incredible truths to the world which has shaped the face of modern magical practice.

Would I have wanted to share magical space with him or felt comfortable leaving him with my partner (no matter the gender) – definitely not! Would I have been delighted if he had sex with his mistress across my dinner table or shit on my carpet and told me I couldn’t move it – because it was sacred – HELL NO! But I would loved to have had a coffee and chat – so reading his books is the next best thing and in many way the lesser of these evils.

Where is he now – one wonders – heaven or hell or maybe on Earth – who knows. I once bumped into a spiritualist who believed they had saved him – claiming that he wasn’t that bad a chap really – something which I instinctively know he would have HATED! All I know is he was exceptional – and exceptional people deserved to be treated with exception – as he was.

So … wherever you are Alistair – I salute you and shall continue to give thanks for all that you did, in your strange and wonderful way!